AFLS is the one of the airfield lighting system ( called Visual Guidance System) mainly deployed in the approach area of the airport to indicate the final approach path to the aircraft
AFLS provides the aircraft with various visual information along with Precision Approach Lighting System (PALS=Steady Burning) and Precision Path Indicator (PAPI) as well as Radio Guidance System like ILS (Instrument Landing System) so that the aircraft can precisely touch down to the runway with safe by the guidance.
HotaluX,Ltd (HotaluX) has been dedicating ourselves to the safe of the air traffic by providing airports, bases of JSDA and US with tough and high feature AFLS since 1963.
Their deployment configurations are firmly aligned with Landing Category (CAT) defined by each runway.
*See Useful Information : Landing Category（CAT） 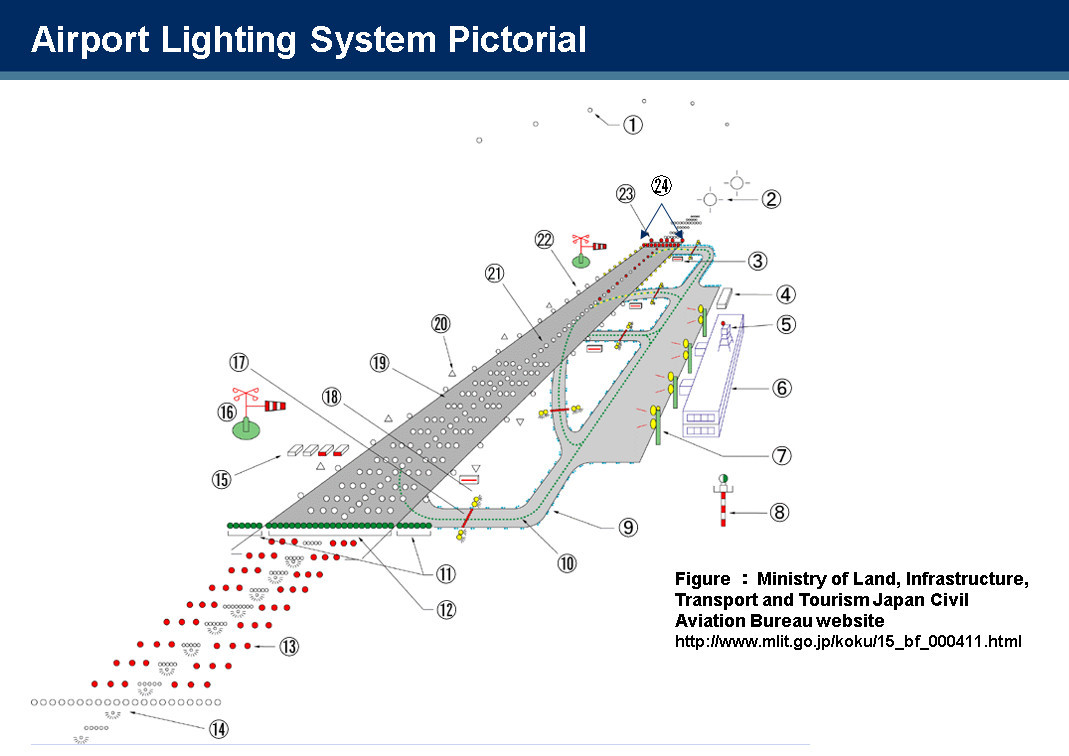 AFLS applications actually utilized in the field are shown by the Figures below. 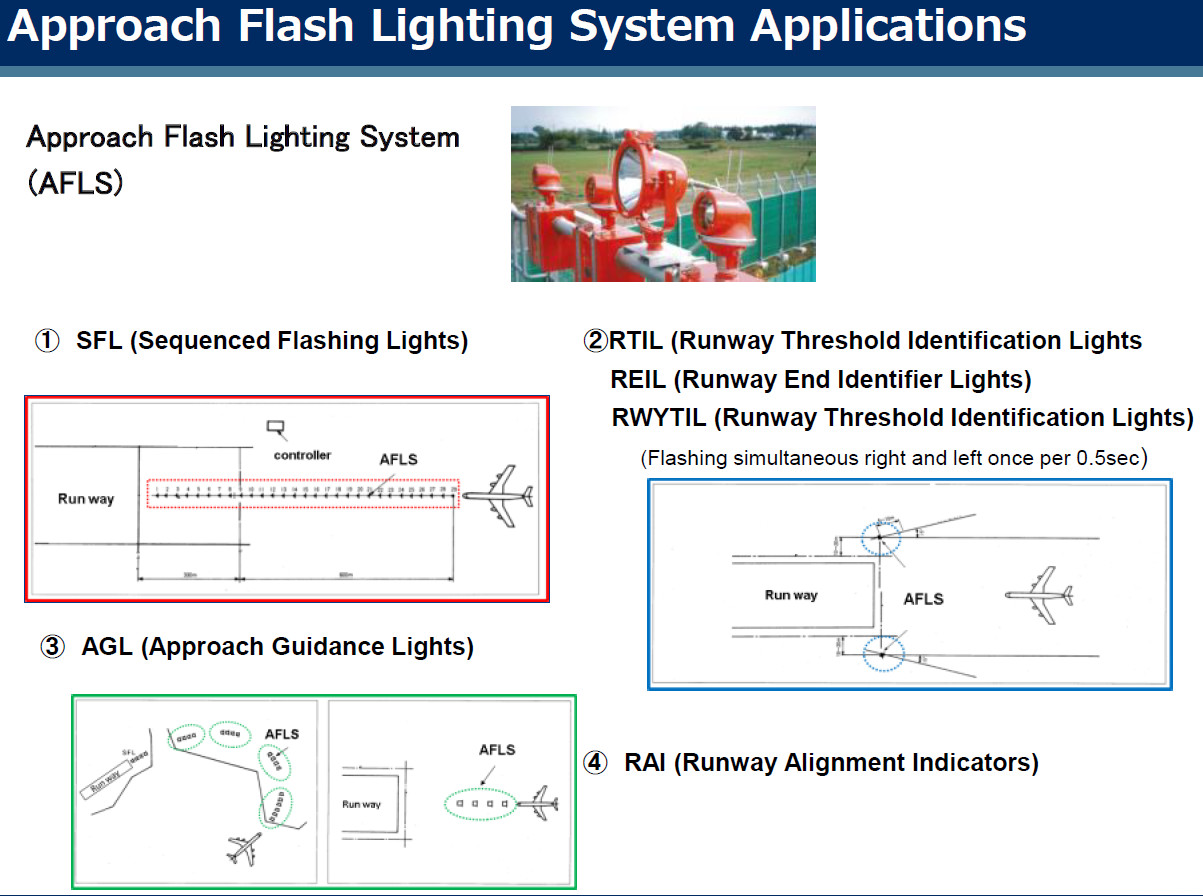 HotaluX succeed to develop AFLS used LED lighting source as one of the fastest runners in the industry. It was approved by Japan Civil Aviation Bureau to go forward to the service in 2017.
In 1953, Sylvania, Inc. (US) developed the first Strobeacon approach system called ‘EFAS’ and successfully deployed this to Idlewild New York International Airport. Since then, the system has been evolving day by day and reached the matured period of visual navigation aids to utilize LED technology. 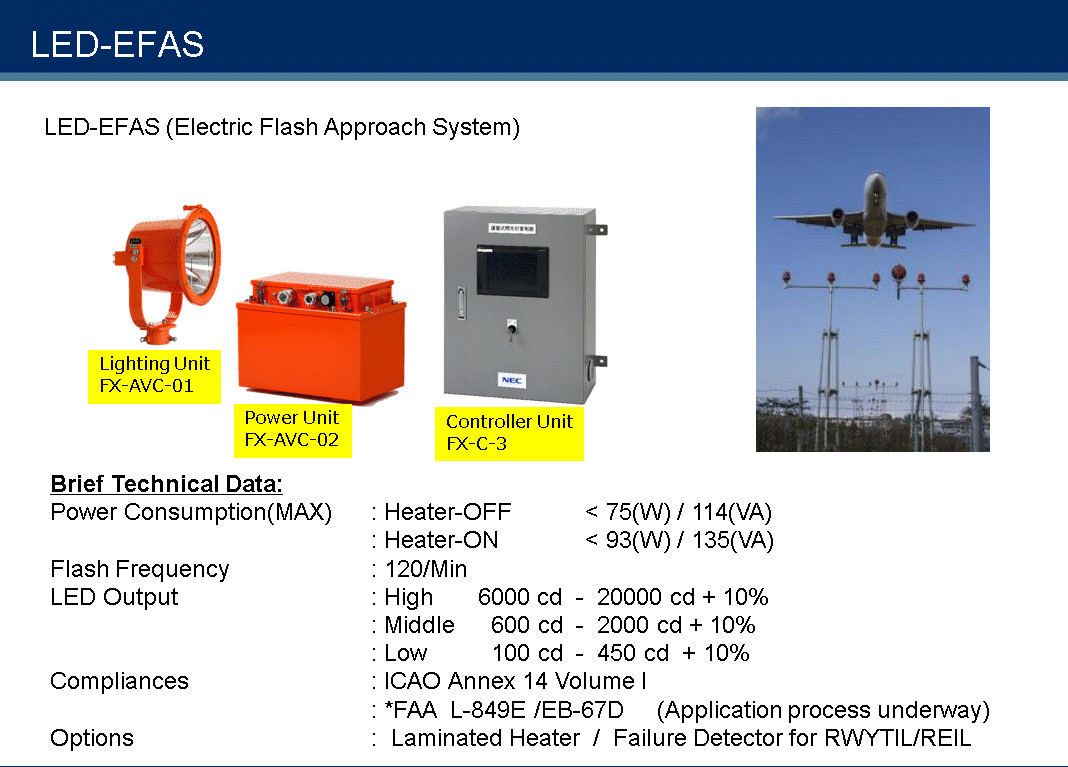 To Top of Page